Tucker Carlson Calls Out the Right Wing of the UniParty Vulture

Oh, there’s so much that could be said about this… so much.  However, what Tucker Carlson outlines in this monologue is accurate insofar as it merely scratches the surface of the DeceptiCons in Washington DC. {Direct Rumble Link}

The UniParty agenda, the origin of the crap that we see surface in a toxically corrupt federal government, starts IN YOUR STATE.

The UniParty is an outcome of the private organizations that run the political parties known as the RNC and DNC.  This is where almost all voters and political followers get lost.  The Republican and Democrat parties are not affiliated with any construct of the United States government.  They are private entities, private clubs, that can establish any set of rules and regulations for the people within the club/party.   That’s where the origin of the feces begins.

The club can accept or deny membership for any person who wants to run for political office.  The RNC and DNC clubs essentially select the politicians.  There is nothing within this process that is even remotely democratic, representative or even visible in the framework of the U.S. constitution.

Private corporations known as the RNC and DNC run the professional political apparatus, and from that origination all of the corruption in the body politic -as outlined in the visible UniParty agenda- surfaces.   Two clubs, both funded by Wall Street power brokers, globalists and ultra-rich mega-donors, select the members who will represent their interests in Washington DC.   That’s the root of the issue.

The RNC and DNC are corporations, private businesses; and just like all private businesses, they have the ability to make rules, bylaws, terms and conditions of membership and association that are completely arbitrary according to their charter.

In fact, the RNC and DNC are simply private corporations who engage in the business of politics.  Whenever we start to forget the DNC and RNC are private corporations, we can slip into the mistaken belief that they operate on any form of baseline altruism.

Some call these private entities, these corporations, “clubs,” because using that term helps to remind us that these groups do not operate without a private agenda.

The rules within the RNC club are determined by the people who control the club charter, primarily large donors who fund the corporate business.  If they have a particular intent or direction, they wish the club to support or take, they control how the club engages in the process of achieving their outcome.  That effort is taken regardless of the opinion from the subordinate members in the club.

Through the process of controlling the corporations, the private clubs, both the RNC and DNC control how political events take place.  Nothing within this process is contingent upon the support of the voting electorate.

Each state and local precinct has their own chapter of the club, and often the corporate direction, specifically the club activity in/around Washington DC, is different from what the local groups want to see take place.  However, just because the local chapter of the group disagrees with the parent company or board of directors, does not mean the larger corporate entity will change anything.

When we are evaluating political events inside the United States, it is critical to keep reminding ourselves that what is taking place, or what is not taking place, are outcomes determined within the executive suites of a private club.   This is an unfortunate system dynamic, but it is a critical point that once fully understood explains many of the issues people have with the registered politicians within the club.

The RNC and DNC are businesses.  Their decisions are business decisions.  The club actions, or lack thereof, are all part of the business of politics.

Nothing within the business system of DC and club politics has anything to do with the constitutional framework of U.S. government.

Again, for emphasis.  The governing process and constitutional aspects of the framework within the U.S. government, have absolutely nothing to do with the two private corporations known as the RNC and DNC.

A potato farmer has no influence on McDonalds, despite the fact the fast food corporation sells french fries. 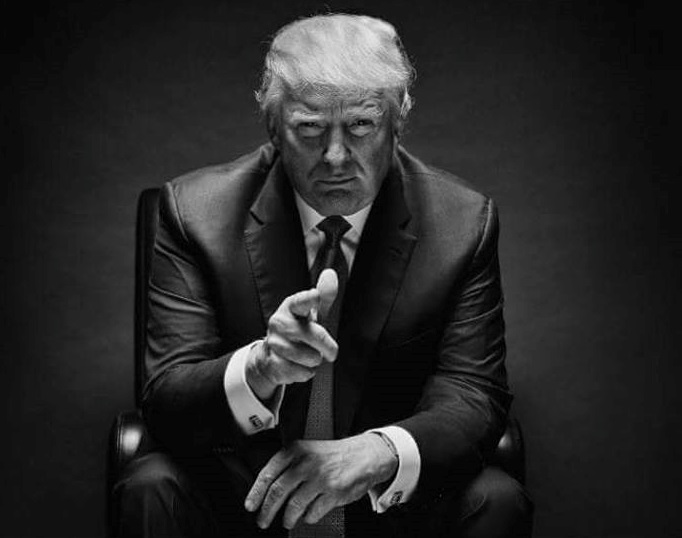 The post Tucker Carlson Calls Out the Right Wing of the UniParty Vulture appeared first on The Last Refuge.