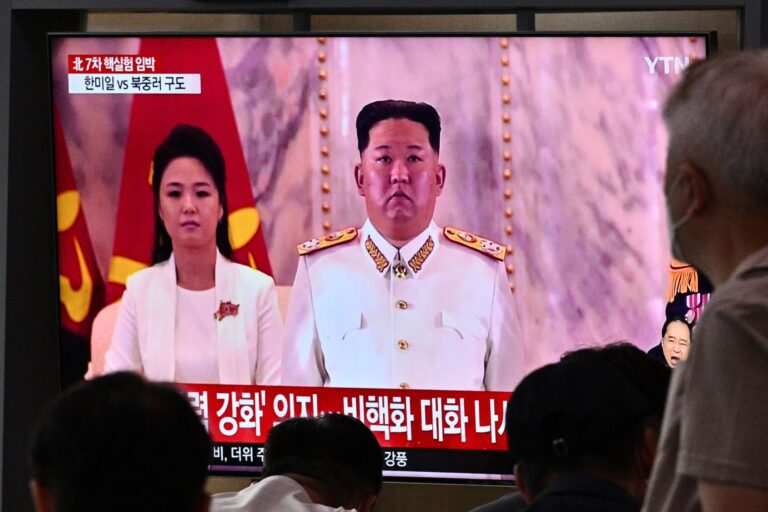 Kim Jong Un for the first time in a year convened a top-level meeting of North Korea’s military that could set the stage for his first nuclear test since 2017, as international attention is diverted to the war in Ukraine.

The North Korean leader presided over a Central Military Commission that will look at policies for the “the crucial and urgent tasks to build up national defense,” the official Korean Central News Agency reported Wednesday. It’s the first time the commission of military leaders has met at this level since June 2021 and the gathering is expected to take several days, NK News reported.

A top task will be looking at the road map for weapons development that Kim laid out just before U.S. President Joe Biden took office in January 2021 that called for building up forces to launch tactical nuclear strikes on U.S. allies Japan and South Korea, while enhancing Pyongyang’s capability to hit the American mainland with nuclear weapons.

One of the key elements of that strategy is testing miniaturized nuclear warheads to fit on a new generation of solid-fuel missiles Kim has rolled out over the past few years, as well as larger warheads that would be mounted on intercontinental ballistic missiles.

“It’s expected that North Korea’s seventh nuclear test would be carried out soon after this meeting,” said Cheong Seong-chang, director of the Center for North Korean Studies at the Sejong Institute thank tank in South Korea.

Kim carried out a nuclear test shortly after a similar meeting in 2013, Cheong said, adding state media photos showing a smiling Kim sitting with his top generals indicate the North Korean leader is pleased with progress in the development of nuclear-capable missiles.

So far in 2022, Kim has fired off more ballistic missiles than in any other year of his decade in power. He has tested rockets designed to evade U.S.-operated interceptors, which increase the threat of a credible nuclear strike against the U.S. and its allies in Asia.

Satellite imagery of the Punggye-ri Nuclear Test Facility, where North Korea has conducted all six of its nuclear tests, indicated that refurbishment work and preparations at Tunnel No. 3 are complete and ready for another blast, the Beyond Parallel website said last week.

“North Korea has now finished the preparation for another nuclear test, and I think only political decision has to be made,” South Korean Foreign Park Jin said a week ago after meeting Secretary of State Antony Blinken in Washington.

Any display of the weapons in Kim’s nuclear arsenal would serve as a reminder of the pressing security problems posed by Pyongyang that have simmered as Biden’s administration has been focused on Russia’s invasion of Ukraine.

The U.S. push to isolate Russia over Russian President Vladimir Putin’s war in Ukraine, coupled with increasing animosity toward China, has allowed Kim to strengthen his nuclear deterrent without fear of facing more sanctions at the U.N. Security Council.

The U.S. has pledged a “swift and forceful response” to a North Korean test. But there’s almost no chance Russia or China, which have veto power at the council, would support any measures against North Korea, as they did in 2017 following a series of weapons tests that prompted Trump to warn of “fire and fury.”

The two countries in late May vetoed a U.N. Security Council resolution drafted by the U.S. to ratchet up sanctions on North Korea for its ballistic missile tests this year.