President Trump to declare he is ‘presumptive 2024 nominee,’ leader of GOP in CPAC speech: report 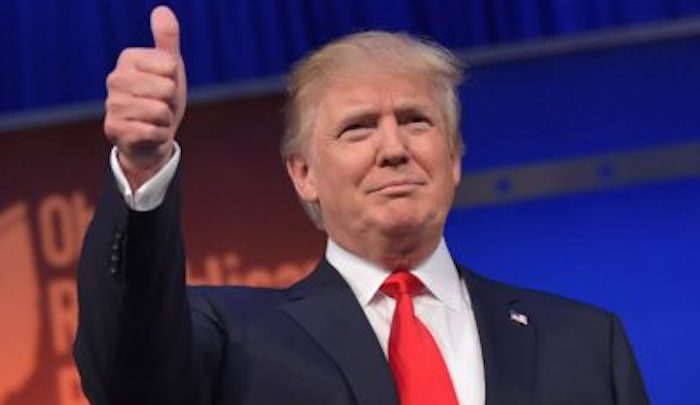 I believe the future of the GOP is another candidacy for President Trump in 2024.

Trump to claim he is ‘presumptive 2024 nominee,’ leader of GOP in CPAC speech: report

Former president Donald Trump will claim he is the leader of the Republican party and its “presumptive 2024 nominee” when he makes his first public appearance since leaving office during the Conservative Political Action Conference next weekend in Orlando, according to a report.

A longtime Trump adviser told Axios his CPAC speech will be a “show of force,” and said the message will be: “I may not have Twitter or the Oval Office, but I’m still in charge.” The source reportedly added that “payback is his chief obsession.”

Trump’s advisers will reportedly meet with him at Mar-a-Lago this week to plan his next political moves, and to set up the framework for kingmaking in the 2022 midterm elections.

According to Axios, Trump is expected to go after the ​10 House Republicans who voted to convict him in his impeachment trial, spurred by the Jan. 6 riot at the U.S. Capitol, and the seven GOP Senators who voted with Democrats to convict.

Trump was acquitted, with 57 senators voting for his conviction — short of the required two-thirds majority — and 43 voting against conviction.

He also reportedly plans to argue in the CPAC speech that many of his predictions about President Biden have already come true.

“Trump effectively is the Republican Party,” Trump senior adviser Jason Miller told Fox News. “The only chasm is between Beltway insiders and grassroots Republicans around the country. When you attack President Trump, you’re attacking the Republican grassroots.”

Trump has found support from state Republican officials who censured some members of Congress who voted against him. Meanwhile, his leadership PAC, Save America, has $75 million on hand to help set up primary challenges to sitting Republicans who went against him, as well as a database of tens of millions of names.

A Suffolk University/ USA Today poll found that 46% of Trump supporters would abandon the Republican Party and join a Trump party should he decide to create one, versus 27% who would stay with the GOP.

The survey of 1,000 Trump voters, identified from 2020 polls, was taken by landline and cellphone last Monday through Friday. The margin of error is plus or minus 3.1 percentage points.