Kyle Rittenhouse, accused of killing 2 during WI protests, bailed out of jail after attorneys post $2 million 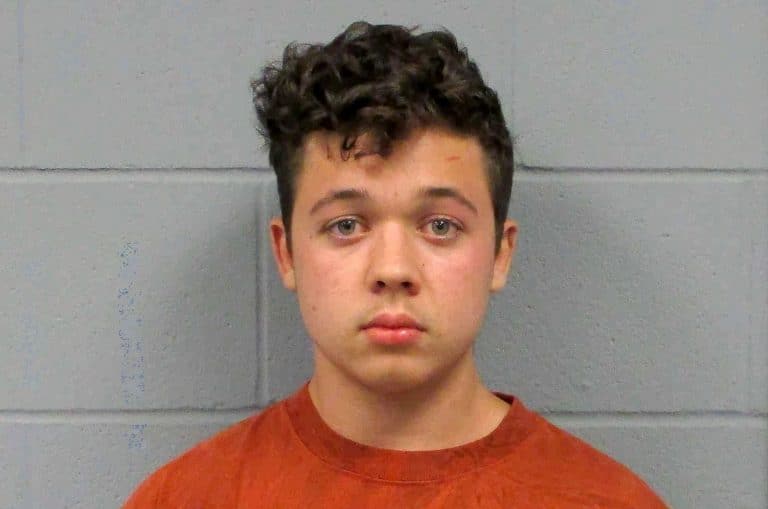 Kyle Rittenhouse was released from jail in Wisconsin on Friday afternoon after his attorneys posted $2 million bail, setting the teenager free as he awaits trial for fatally shooting two men and wounding a third during summer protests in Kenosha, police said.

His release came over the objections of family members and lawyers for two of the men he shot. They had asked for higher bail and voiced concerns Rittenhouse would flee, which his lawyers have said he would not.

The 17-year-old’s release was funded by donations sought by his attorneys, who appealed to the political right, where Rittenhouse is popular. Those lawyers also are seeking to overturn Democratic President-elect Joe Biden’s victory.

An attorney set up the payment and then a private security detail transported him from the jail about 2 p.m. local time Friday, according to Sgt. David Wright of the Kenosha County sheriff’s department.

One of Rittenhouse’s lawyers, John M. Pierce, said previously that the bail money would come entirely from funds raised by a nonprofit that champions conservative causes led by another of the teen’s attorneys, L. Lin Wood.

Rittenhouse spent the last 2 1/2 months in custody on a murder charge and other counts stemming from his shooting of three men with an AR-15-style rifle during protests Aug. 25. The chaotic demonstrations followed white police Officer Rusten Sheskey’s shooting of Jacob Blake, a Black man, days earlier.

Rittenhouse fatally shot Joseph Rosenbaum, 36, and Anthony Huber, 26. A third man, Gaige Grosskreutz, who prosecutors have said was armed with a handgun, survived being shot in the arm. Rittenhouse’s attorneys have argued he shot all the men in self-defense.

Family members and representatives of the men shot had called for a higher bail for Rittenhouse.

Anthony Huber’s father, John Huber, attended an online court hearing earlier this month and suggested a bail amount as high as $10 million. He called Rittenhouse’s self-defense argument “impossible” and described his son as a “hero” who tried to stop the teen. He argued Rittenhouse might flee if released; the teen’s attorneys have said he will not.

A lawyer for Grosskreutz called for a $4 million bail. Prosecutors asked for a bail figure of $2 million — matching the amount a judge previously had set — while one of Rittenhouse’s attorneys asked for a bail of $750,000.

Court Commissioner Loren Keating cited the “incredibly serious charges” as he found Rittenhouse would be a flight risk and set bail at $2 million. In Illinois, detainees generally need to pay 10% of their bail amount to be released, but the rules are different in Wisconsin and Rittenhouse’s allies had to pay the full sum.

Prosecutors also have charged Rittenhouse’s friend Dominick Black with illegally providing the rifle to the teen.

Videos released Thursday showed that Rittenhouse’s older sister, Faith, and Black told police that the family discussed the possibility of the teen fleeing or hiding after the shooting but he wanted to turn himself in to Antioch police, which he did.

It is unclear where the teen will live pending trial. He previously lived with his mother, Wendy Rittenhouse, in Antioch, but she moved to an undisclosed location after the shootings and has cited threats to her safety.

The next hearing is scheduled for Dec. 3.