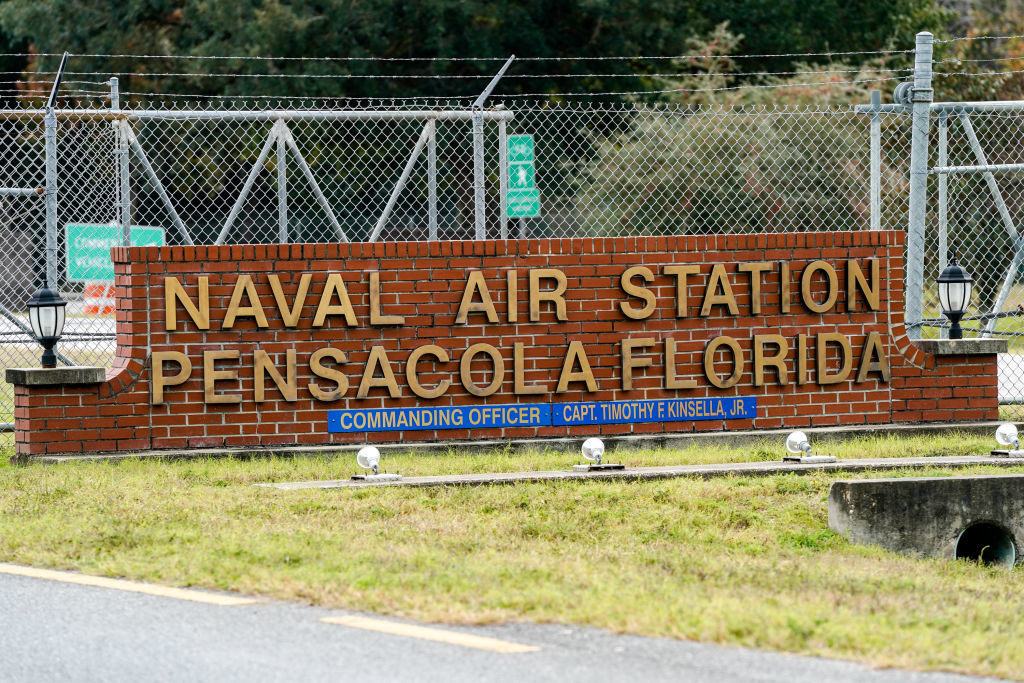 ​
The victim of the shooting rampage at the Naval Air Station in Pensacola, Florida, has been identified.

Joshua Kaleb Watson, a recent graduate of the U.S. Naval Academy, was shot multiple times on Friday by a Saudi national, but was still able to help direct emergency responders to the shooter's location before he died, according to the New York Post.

In a moving Facebook post, the victim's brother, Adam, said Watson sacrificed his life for his country.

Today has been the worst day of my life. My youngest brother gave his life for his country in a senseless shooting. Joshua Kaleb Watson saved countless lives today with his own. After being shot multiple times he made it outside and told the first response team where the shooter was and those details were invaluable. He died a hero and we are beyond proud but there is a whole in our hearts that can never be filled. When we were little I gave Kaleb the name little poot and it stuck. It eventually evolved into pootis and finally uncle poot. Just wish I could talk to him one more time or wrestle with him one more time even though he could probably take me now. Thanks for all the thoughts and prayers in this difficult time.
Click to expand...

‘He died serving his country'

Watson's father, Benjamin, told USA Today by phone that his son was the officer on deck at the time that he was shot at least five times.

"Heavily wounded, he made his way out to flag down first responders and gave an accurate description of the shooter," he said. "He died serving his country."

Benjamin Watson also told the newspaper that his son reported to Pensacola for flight training just last month because he dreamed of becoming a Navy pilot. "He's wanted to be in the military since he was 5 years old," his father said.

His father added that Joshua—who was a small-arms instructor, a wrestling coach and a captain of the rifle team at the Naval Academy—was inspired to join the military by a late uncle who died in the first Gulf War. "Kaleb was starting grade school when Sept. 11 happened," Benjamin said. "His uncle Richard Lindsay was a former Marine who served in (Operation) Desert Storm."

A kind and brave young man

USA Today also spoke with Michael Johnson, a neighbor of the Watsons, who remembered Joshua as a kind and brave young man who once helped rescue a neighbor's German shepherd that was entangled in a rope.

"He immediately jumped the fence, unclipped the thing and we left a little note for the owner," Johnson remarked. "Amazing young man."

"His mission was to confront evil," he said. "To bring the fight to them, wherever it took him. He was willing to risk his life for his country. We never thought he would die in Florida."