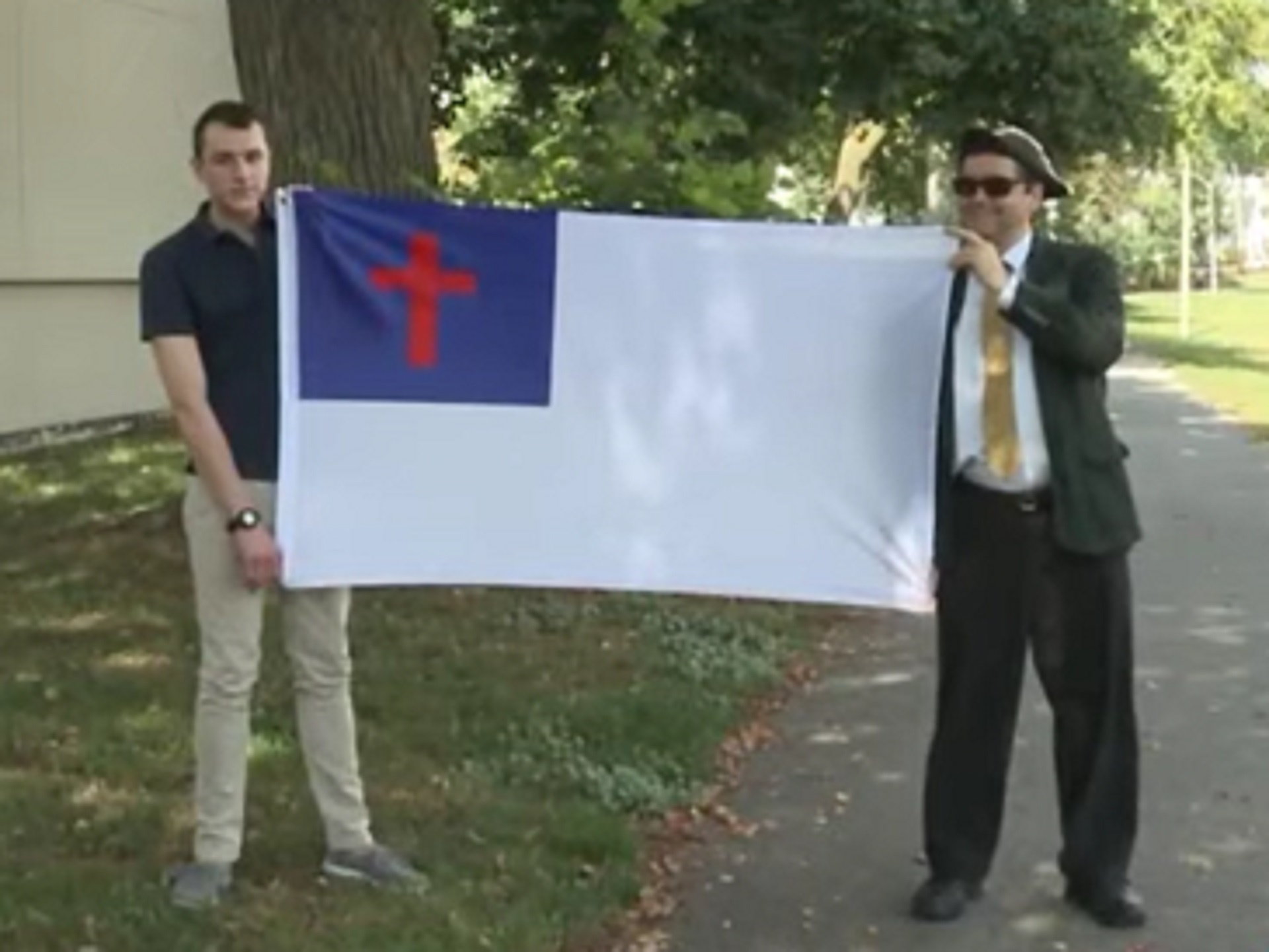 ​
A Christian organization is suing the city of Boston for religious discrimination, after the group's application to raise an interdenominational flag for a ceremony at City Hall was denied. According to the lawsuit, officials have allowed other flags with religious symbols to be flown in the past.

What are the details?

The city allows groups to conduct flag-raising ceremonies for various causes, after receiving permission to do so. But Boston denied the request from a Christian summer camp, Camp Constitution, to fly a flag depicting a cross. Officials cited the separation of church and state as the reason behind their decision.

Back in 2017, Camp Constitution lost it first lawsuit against the city but has now filed a complaint in federal court with additional evidence. According to Fox News, the new suit claims Boston has flown the Turkish flag — which has Islamic symbolism — several times, as well as the Vatican flag.

Several politically motivated organizations have been able to make their statements by flying flags at Boston's city hall, too. The Communist Chinese flag, transgender, and LGBTQ flags were celebrated among the 284 previously permitted flag raisings.

"Yet, despite all of these many flag raisings containing religious symbols and imagery, and the City's allowing the official flag of the Catholic Church, Camp Constitution's proposed flag raising was denied because it was 'religious,'" according to the suit. "There can be no dispute that the City's denial impermissibly discriminated between religion and non-religion, and discriminated between religious sects. Both violate the Establishment Clause."

Ahead of Camp Constitution's first lawsuit, co-founder Hal Shurtleff argued to WBZ-TV, "I don't know how my flag, or our flag — on really what is considered a public access flag pole — will somehow indicate that Boston has become an official Christian city."