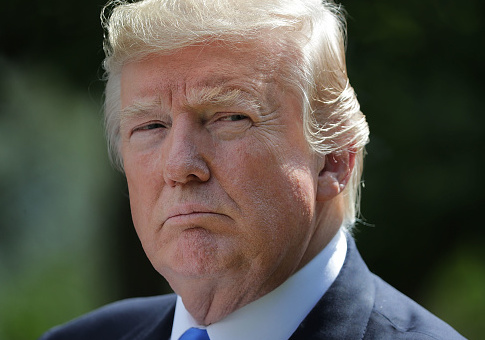 ​
President Donald Trump's efforts to punish so-called sanctuary cities around the country, as well as the state of California, suffered a serious legal blow Thursday when a federal appeals court in Chicago upheld a nationwide injunction against administration rules requiring localities to cooperate with federal immigration authorities in order to win public safety grants.

The 7th U.S. Circuit Court of Appeals on Thursday upheld a nationwide injunction preventing Attorney General Jeff Sessions from imposing the new conditions on grant money as a way to penalize municipalities around the country who are refusing to work with federal immigration agents before releasing illegal immigrants charged or convicted of crimes.

The judges said in the ruling that their role was not to "assess the optimal immigration policies for our country."

Instead, the panel said its ruling aims to protect "one of the bedrock principles of our nation, the protection of which transcends political party affiliation and rests at the heart of our system of government—the separation of powers."

The panel determined that Sessions tried to use "the sword of federal funding" to force state and local authorities to aid in immigration enforcement but did not have the power to do so because Congress, not the executive, has the "power of the purse."

In fact, the panel noted, Congress has pointedly refused to approve measures over the last year making the receipt of federal grants contingent on local cooperation with federal immigration authorities.

"It falls to us, the judiciary, as the remaining branch of the government, to act as a check on such usurpation of power," the panel stated in its opinion.

The Edward Byrne Memorial Justice Assistance Grants, which the Justice Department awards to local governments, are the federal dollars in question. The grants help pay for a broad range of crime-reducing programs.

Justice Department spokesman Devin O'Malley took issue with the Chicago judges' attempt to set national policy by responding to a legal fight to originally applied only to Chicago.

O'Malley said the department still believes it has the authority, "given by Congress," to apply conditions to federal grants that promote "cooperation with federal immigration authorities when the jurisdiction has an illegal alien who has committed a crime in their custody."

"Nationwide injunctions allow a single federal district judge to set policy by ordering relief outside the scope of a particular case," O'Malley said in a statement. "Many in the legal community have expressed concern that the use of nationwide injunctions is inconsistent with the separation of powers, and that their increased use creates a dangerous precedent."

He pledged to continue to fight to carry out the department's "commitment to the rule of law, protecting public safety, and keeping criminal aliens off the streets to further perpetrate crimes."

The Justice Department also cited an excerpt from one judge on the 7th Circuit Court of Appeals panel, Daniel Manion, who mainly agreed with his colleagues but took issue with imposing a nationwide injunction on the Trump administration's grant policy.

"We are not the Supreme Court, and we should not presume to decide legal issues for the whole country," he added.

Chicago Corporation Counsel Edward Siskel hailed the ruling as a "resounding message sent all across the country." Chicago Mayor Rahm Emanuel said the decision showed that the Trump administration could not bully the city into making a "false choice" between its values and federal funding.

"The feds cannot commandeer our local law enforcement," tweeted de Leon, who is running against Sen. Dianne Feinstein (D., Calif.). "We knew that. That's why the #CA Senate filed an amicus brief to fight it."

The appellate ruling only impacts the issue of whether the federal government can make federal grants contingent on local authorities' cooperation on immigration enforcement.

The Justice Department in early March also announced a lawsuit against the state of California over the constitutionality of its sanctuary state law, officially known as the California Values act.

De Leon, California governor Jerry Brown, and California attorney general Xavier Becerra have vowed to fight the suit in court. Becerra has signaled that he plans to ask that the lawsuit be moved from a Sacramento U.S. District Court judge to the courtroom of a federal judge in San Francisco.