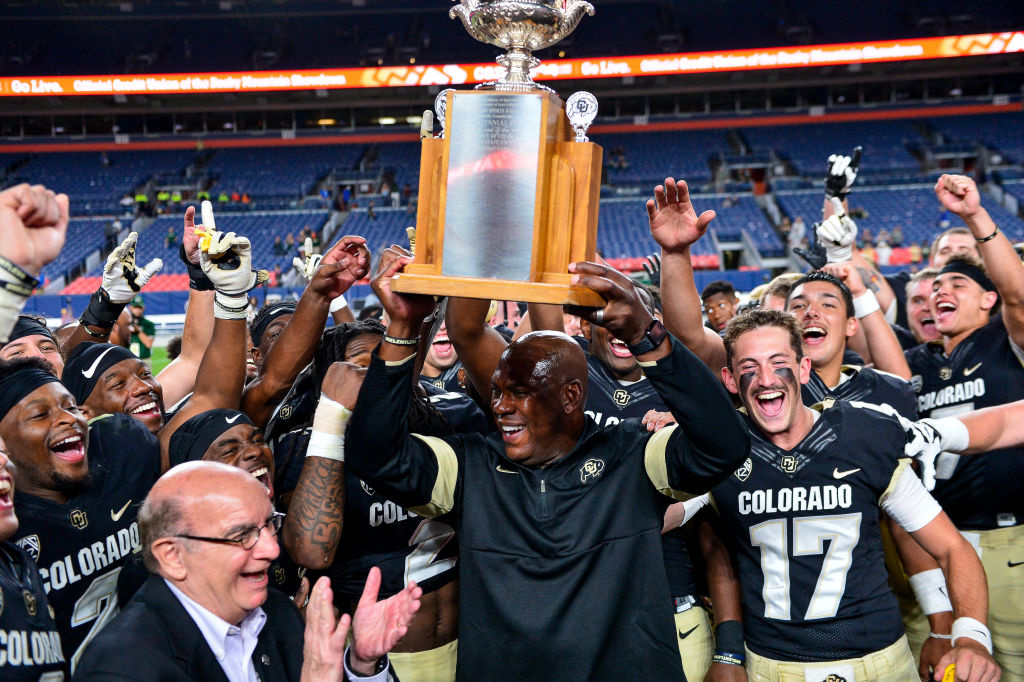 ​
In spite of severe threats from the NCAA, the state of Colorado has become the latest state to consider legislation that would allow student athletes in the state to be paid for playing sports.

Last week, California passed a law that would allow student athletes to be paid for their autograph, endorsement deals, and the like. The NCAA responded with a threat to not allow California schools to participate in NCAA championships, claiming that such a law would give California schools an unfair recruiting advantage.

The law being contemplated by the state of Colorado would go further, allowing student athletes to be paid directly for competing.

Colorado is a flashpoint for this debate because of the case of Jeremy Bloom, who was a former two-time olympian and professional skier, who also played for the University of Colorado's football team until the NCAA told him that he could not continue to play NCAA football as long as he was being paid and receiving endorsements as a skier. Bloom was ultimately forced to abandon his NCAA football career.

Bloom now supports the passage of the Colorado law. According to KCNC-TV, Bloom said, "It's student athletes' ability to get paid … and there's no other job on the planet or skill on the planet where we work for free." Regarding the NCAA's threats against the state of California, Bloom said, "The NCAA has always used threats to diffuse progress. … There will be a tipping point. It's going to take time. There's going to be friction. There's going to be false starts. But, over the next 5 to 10 years, we're going to see amazing changes in amateur athletics that will benefit the student athletes."

The NCAA itself reported over $1 billion in revenue in 2017, and member schools additionally receive multiple billions of dollars of revenue from ticket sales, television deals, and merchandise sales associated with their athletic programs. But the athletes who are responsible for the on-field product have historically been prevented from receiving any financial compensation for those efforts beyond university scholarships, and the NCAA seems determined to keep it that way.

Washington state and the District of Columbia are also considering legislation that would allow student athletes to be paid. Eventually, if enough states pass such a law, the NCAA would be hard pressed to impose a postseason ban on all prominent schools that operate in those states.