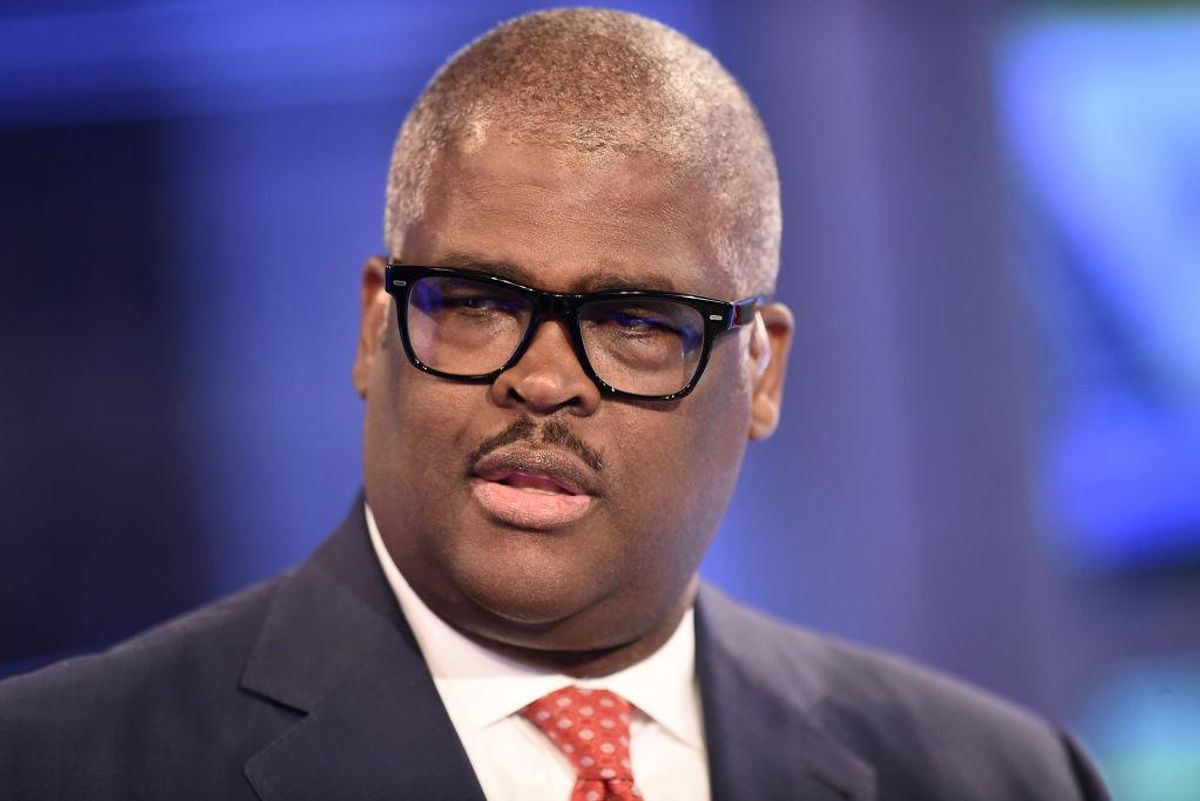 ​
The Bureau of Labor Statistics released the July jobs report on Friday – which massively surpassed expectations. Total nonfarm payroll employment increased by 528,000 in July, when it was forecast to add 250,000 jobs.

The Biden administration and left-leaning media basked in the jobs report that appears impressive at first glance.

President Joe Biden said on Friday, "Today’s jobs report shows that the economy added 528,000 jobs in July. More people are working than at any point in American history. That’s no accident, it’s results."

Vice President Kamala Harris gloated, "This morning’s jobs report shows our economy added 528,000 jobs in July, and the unemployment rate matches the lowest it’s been in more than 50 years. More people are working than ever before. We have more to do, but today’s jobs report shows we are making significant progress."

Payne noticed that "black Americans are sinking in the midst of the jobs boom."

"I get this stuff is only newsworthy when GOP is in the White House but some care all the time," he added.

Citing Household Survey Data from the Bureau of Labor Statistics, Payne noted that full-time jobs dropped by 71,000, while part-time jobs increased by 384,000, and people who held multiple jobs rose by 92,000.

The report also found that there were 279,000 fewer people who were self-employed.

Just The News reported, "This trend of the economy dropping full-time jobs while adding second and part-time jobs has been accelerating since March."

Many people suggest that the surge in part-time jobs and people getting multiple jobs is because they are facing soaring inflation month after month. In July, inflation hit 9.1% – the highest in more than 40 years.

Despite the Biden administration insisting that the country is not in a recession, key economic statistics suggest otherwise.

u201cOver 100 million people who 'can' work are not.n1,016,000 people have left the labor force since March of this year.nThese people still consume, but now are not producing.nBy definition, this creates inflation.u201d

The BLS announced that real average hourly earnings were down 3.6% year-over-year for June.

Brownstone Institute president Jeffrey A. Tucker said, "We are living through the longest consecutive month-by-month decline in real personal disposable income since 1959, and it is combined with a most recent 16% increase debt service as a percent of that same income stream. Translation: dramatic moves toward personal impoverishment."

The Wall Street Journal pointed out, "The labor-force participation rate—or the share of adults working or seeking a job – ticked down to 62.1% in July from 62.2% a month earlier."

"While the economy has recovered all the jobs it lost since February 2020, there are still 623,000 fewer people in the workforce, a factor that has pushed up wages due to a demand for workers that is well above the number of available workers," the outlet added.

Before the pandemic, the participation rate was 63.4% in February 2020.

New York Times economic reporter Ben Casselman wrote, "The labor force participation rate actually fell slightly in July, a discouraging sign for those hoping the strong labor market would bring workers off the sidelines. Participation ticked up slightly among prime-age workers, but remains below its May peak."

Former Federal Reserve insider Danielle DiMartino said, "Warning in the weeds: Labor force participation rate AND wage growth falling most among those who benefited the most from the post-pandemic stimulus spending."

Doocy asked, "The labor force participation rate is at its lowest level of the year now. Why do you think that is?"

Doocy interjected, "It declined 0.1 percentage points to 62.1 percent — the lowest level of the year."

Jean-Pierre responded, "So it actually ticked up for prime-age workers, when you look at 25 to 54, and for workers 65 and plus. The tick down this month was actually about teenagers. And it’s important to keep in mind that the labor force participation rate has bounced back relatively quickly compared to its pace in the past. So we have seen an uptick in the labor force."

u201cKJP: "So, participation actually ticked up and for--for--"nnDoocy: "It declined 0.1 percentage points to 62.1%, the lowest level of the year."nnKJP: "So, it actually ticked up for prime-age workers...The tick down this month was actually about teenagers."u201d