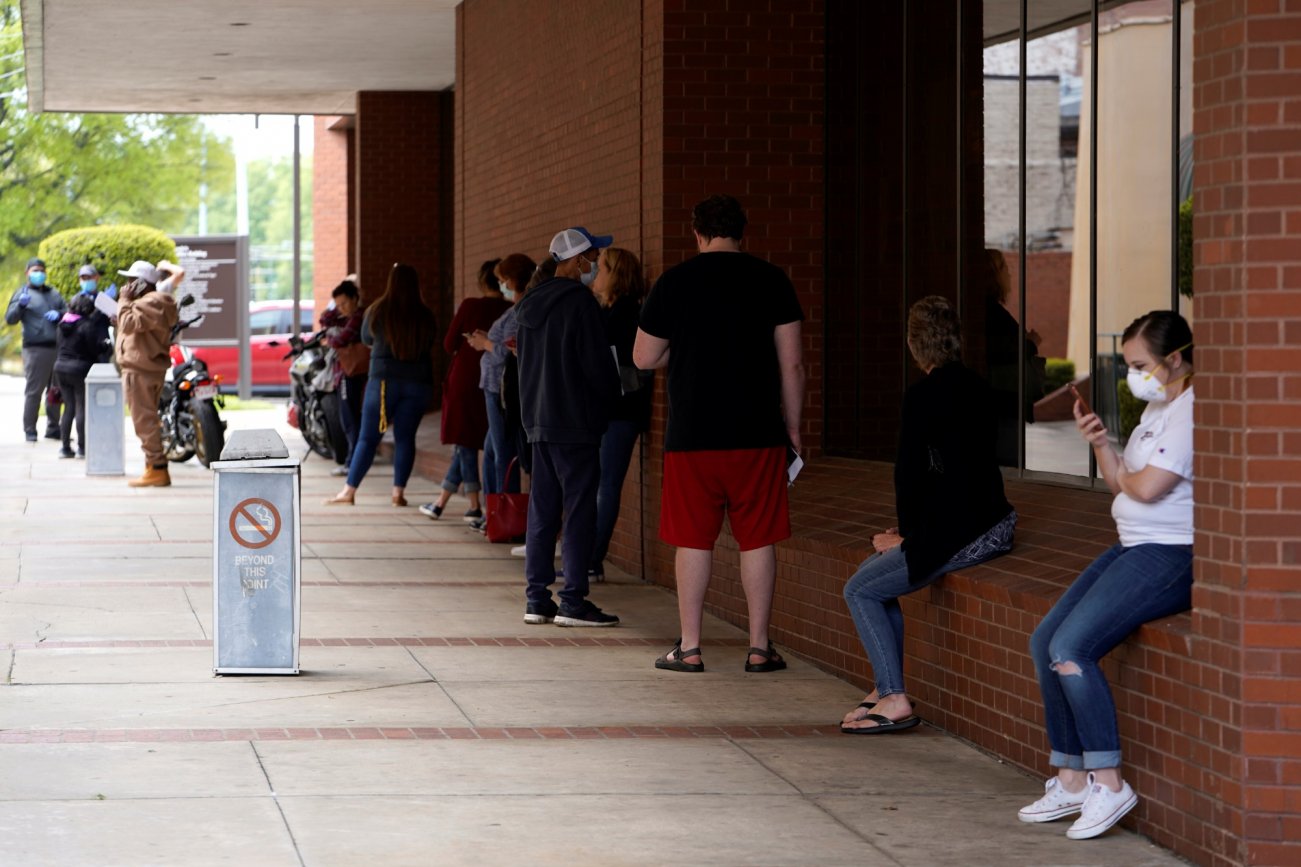 We took a deeper look at how difficult it might be for people to navigate their way through the U.S.’ patchwork of social safety net measures as they try to stay afloat during the pandemic and economic downturn.

The United States is experiencing its steepest economic slide in modern history. Tens of millions of Americans have filed new unemployment claims as the coronavirus shutters businesses and forces companies to lay off staff.

People need support to help them through the crisis in a few key ways – cash to meet immediate financial needs, health care to cover them should they become ill and housing even if they can’t make rent. Despite federal stimulus efforts north of US$2 trillion – so far – it is likely that some of those currently being affected will fall through the cracks.

As a scholar who studies how people enroll in public programs, I and my colleague Cecille Joan Avila, who researches social programs related to women’s health, have seen how well-intentioned policies can sometimes fail those they are supposed to help.

We took a deeper look at how difficult it might be for people to navigate their way through the U.S.‘s patchwork of social safety net measures as they try to stay afloat during the pandemic and economic downturn. Here are four gaps that we found:

Congress passed stimulus measures that are providing some Americans with a one-time check of up to $1,200 per adult and $500 per dependent child along with a temporary boost in unemployment benefits. Many received their stimulus through direct deposit, but millions of low-income Americans experienced problems and delays receiving payment. As many as 20 million may have had stimulus deposits go to tax preparers who take a fee out of refunds because clients are too poor to pay for tax prep up front. There are a variety of other reasons for delays: if individuals haven’t filed their 2019 tax returns yet, if their address has changed recently or if they don’t have a bank account.

Not everyone benefits from stimulus measures. Young adults over the age of 17 who can be claimed as a dependent will not receive checks, nor will people who jointly filed their taxes with immigrant spouses who are not citizens, even if they are here legally.

Workers in more than half of states will receive, on average, more in unemployment benefits than their normal salaries. But there are challenges to receiving unemployment benefits too, as the rules vary from state to state and labor agencies are struggling to keep up with unemployment filings. There are also thresholds for minimum earnings to qualify and limits on how long a person can collect unemployment.

Congress mandated that private insurance cover testing at no cost, but not treatment. Infected? Get your deductible ready. Many will count on Medicaid, which typically covers medical bills retroactively for three months prior to application if you were eligible, but people in states that have broad restrictions on retroactive coverage could be left holding the bag. And anyone in the process of getting their Medicaid coverage renewed might be concerned, to say nothing of the nearly 30 million Americans uninsured before the crisis.

A $100 billion fund will help hospitals cover the cost of treating uninsured people affected by COVID-19. But the CARES Act was unspecific about how fast and to what areas the funds will be distributed, and what they can be used for. That needs to be figured out quickly, as treatment costs may be as high as $40,000 per patient.

And none of this funding even addresses those who develop long-term complications that require ongoing care.

Losing employment and health insurance coverage counts as a qualifying event to sign up for health insurance through HealthCare.gov or a state-based marketplace, but that assumes people know that they can. The Trump administration has avoided any broad reopening of enrollment, but several states have done so. Laid-off employees may have the option of extending their former employer’s health insurance through COBRA, but this tends to be more expensive and unsustainable.

Two recent studies project that nearly 20 million Americans may face disruptions in employer-based health insurance, with as many as 11 million becoming uninsured. For those newly uninsured, living in a Medicaid expansion state like New York or California might mean you are OK. But even before the pandemic, there were already an estimated 2.3 million people living in nonexpansion states like Texas or Florida who fell into the coverage gap – making too much money to qualify for Medicaid and yet not enough to afford coverage.

4. Safe from eviction, but for how long?

Stay-at-home orders have been seen as key in slowing the spread, but rely on the false assumption that everyone has access to safe and stable housing. Some people looking for affordable housing placements in March and April found themselves in limbo, with progress on paperwork suddenly stalled. For those with housing, unpaid rent was up 50% in April over March. Many large cities and states have temporarily halted evictions and a federal eviction ban covers about a quarter of rental housing. But this is only for nonpayment, leaving a loophole for landlords to continue pursuing eviction for other reasons. And that one-time stimulus check won’t even cover the median monthly rent in a number of states, especially in parts of California and the New York City metro area. So what happens when the check has been spent and the eviction ban is lifted?

What if these safety net programs were better integrated? Imagine if filing for unemployment triggered a next step – either presenting a series of subsidized health plan options through HealthCare.gov or auto-enrolling those eligible in Medicaid. It would potentially alleviate administrative burden and address gaps in information. States could use a mechanism like Express Lane Eligibility, which allows officials to use information provided from one state agency to make eligibility determinations for Medicaid, though there are good reasons – mostly solvable – why many states haven’t yet.

The U.S.’s social safety net is more a loose patchwork unprepared to handle a crisis like the pandemic, relying on disconnected public programs and old technology. The federal government is relying on short-term measures directed to those affected by the crisis, but we believe it does little to address the plight of those who were already economically vulnerable and those who will be long after this pandemic.

Disaster preparedness isn’t just the National Guard, personal protective equipment and bottled water anymore. This pandemic has shown that it is now also the ability to keep people economically afloat through a potentially prolonged and sudden financial crisis.

Cecille Joan Avila, a policy analyst at Boston University School of Public Health, contributed to this article. Her research for this piece was supported by the Laura and John Arnold Foundation.

[You need to understand the coronavirus pandemic, and we can help. Read The Conversation’s newsletter.]

This article is republished from The Conversation under a Creative Commons license. Read the original article.